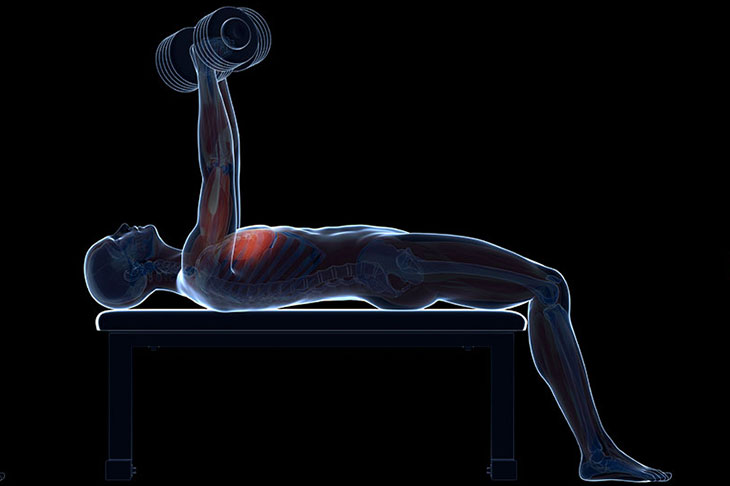 In a previous article, we saw how the typical classifications of body types are very broad and over-simplified, missing some important elements that relate to physical performance and development potential – and so are the assumptions on how training should be structured.

It is not that simple as a few “body-types” because there are many factors that interact to deliver the final result – i.e. the look of the body, the performance of the muscles. Yes, it is possible to create very broad categories and each person may “fit” to some degree into groups where performance is somewhat predictable. But, this can be a very misleading assumption.

We saw that we need to consider all the factors that contribute to a muscle’s performance and size to better understand how muscles are likely to be stimulated and adaptive response is optimized.

There are many elements in a “muscle-system” and we considered the primary building blocks of a muscle system that contribute to its size, shape, and performance:

Other important factors that indirectly affect the overall performance and the response to resistance stimuli or overload, are:

And we also discovered, returning to our muscle system, that what is of primary importance over the size and quantity of the system elements, is also how they interact.

The way to do this is test how the entire system performs under different conditions. By trying different methods of training, we can determine which modes of training produce the greatest output. The method of assessing output is another matter and is addressed in another blog.

This type of process is called black-box analysis. It is usually reserved for complex systems and in determining an effective “model” of the complex system where the elements of the system are not known, or their combined effect when working together cannot be determined.

Effectively, black-box analysis takes into account all the parameters of the entire system and their inter-relationships.

In a similar fashion to tuning a car on a dyno – the car sits with the driven wheels on rotating drums that can measure speed and power. The mechanic can vary the elements of the system (timing, fuel ratio) to create the greatest output. The effectiveness of the fuel and ignition sparks in delivering the final output to the driven wheels depend also on the cylinder dimensions, piston shape and movement pattern due to the crankshaft, gear ratios, differential ratios etc. The actual settings of the fuel and igniting system are not that important and the mechanic does not know them precisely – he just knows that, with ALL the elements working together, that he has set the inputs that he can control, to the best setting for the optimum performance of the entire system. The mechanic will alter the setting slightly and note the change in performance at the dyno. These small iterative adjustments help him gradually find the right combination.

AMP Your Workout is your personal dyno in the gym – more on that later.

Once a range of data is gathered, the future performance of the system can, to a degree, be pre-determined, assuming that the elements that comprise the black box are not changing significantly and unpredictably.

A muscle system will in fact change gradually over time, particularly if it is receiving some form of stimulus (training and nutrition in this case) – but the changes are gradual, so that if the black-box analysis is continually applied, the system changes will continually be incorporated into the model.

Furthermore, if we are aiming to improve the performance of the system (muscle system in this case), the black-box process can, after “homing in” on parameters that produce near optimal performance, make slight changes to the parameters and see the effect on performance in order to gauge the future changes the drive the system to better and better output.

This process is called “iterative predictive modeling” or “iterative black-box guidance” since it involves iteratively making changes, noting the response, and estimating the next change to improve the response further. All the while, the modeling of the system is being improved, even as the system (muscle system) improves.

These iterations are rather like the mechanic making small adjustments to the car’s system. Even if, without the mechanic knowing, someone were to pour a racing fuel into the tank, he would keep tweaking the fuel and ignition settings – probably surprised that he was getting such great improvements in the output – but nonetheless, always finding the peak output.

This process is perhaps better understood if you consider, as an example, a laser-guided missile system. The laser highlights the target and the missile senses small reflections of the laser light from the target. Since light travels in a straight line (here on earth over short distances, – let’s not complicate matters with Einstein’s General Theory of Relativity and the effect of gravitational fields on light) the missile laser receiver system can determine the angle of incidence and assess this against the missiles direction, speed, distance from target, and therefore, projected impact point – and from this, it can determine small corrections to bring it on target. This process may be repeated hundreds of times a second.

In the example of a guided missile, the reason it is not as easy as “aim and fire” and the reason an iterative system is needed is that there are a host of variables to be considered every second of the flight; – the propulsion system of the missile may vary in thrust; wind currents and turbulence will affect the course, as will thermals or downdrafts; and the coriolis affect of the earth will also need to be taken into account.

This example is more similar to your muscle systems because of all the factors that can vary – hence the need for an iterative assessment process with your training.

In our weight lifting and muscle system example, the “testing” period is not in milliseconds, but rather in days, and improvements are made over periods of weeks or months.

This may sound like a long time, but consider the alternative:- most people train all their lives without finding the “right” training to suit their genetics. In a similar vein, without mathematical feedback, you would have to gauge whether something is working or not by the measuring tape or the mirror. It will take months for changes to take place, and in that time there can be many other factors in your life (nutrition, weather, stress, sleep patterns) so it can be impossible to determine whether a particular mode of training is working or not.

In addition, you can be putting on fat and this can mask your true progress (most people over-estimate their muscle gains under the layer of fat and are then disappointed a year later when they diet down and find that they have barely improved) The true measure of progress is performance – but this also has the potential to mislead as we will explore in the next article.

The physical factors listed earlier are what cause the differences in performance of the muscle systems. These in essence are the inner workings of the “black-box”.

This is essentially what AMP Your Workout does. By computing the effect of all the training variables in the form of the output (effective load on the muscle systems) it automatically takes into account all the “internal” variables within the muscle system – treating it like a black-box – and homing in on the optimum training parameters for peak output (like the missile hitting the target, or the car reaching peak power on the dyno).

Learn new technology of muscle building and physique transformation and how you can use this to tune your workout to your body and find the “sweet spot” for your performance to achieve fast results. Get it Now 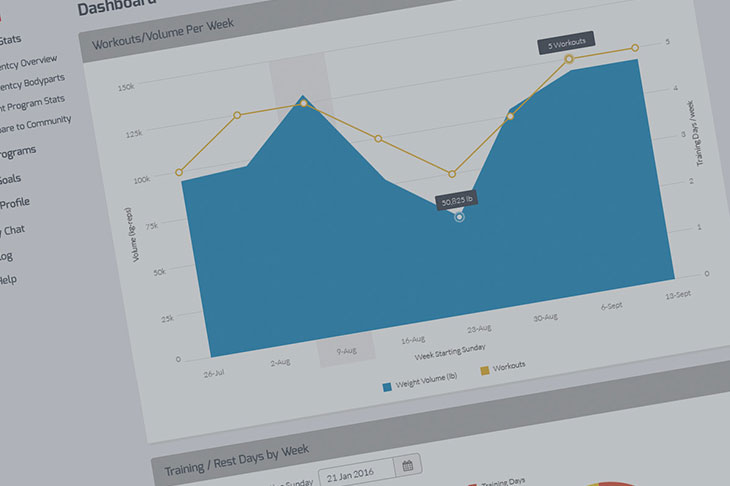 Get Better InSights with our Performance Portal 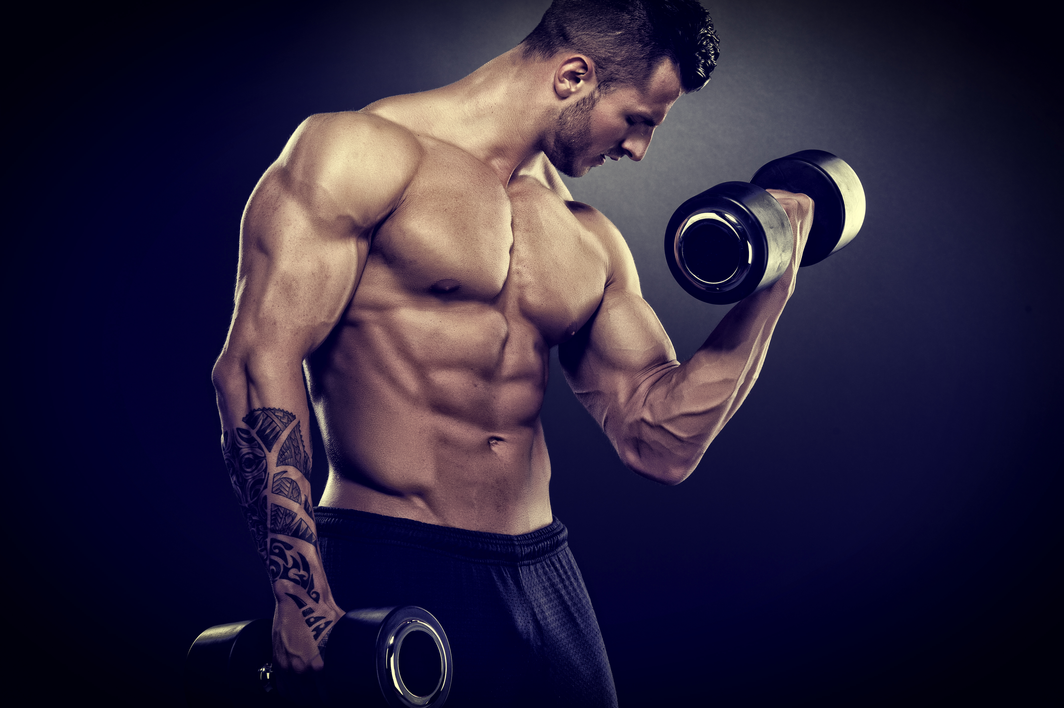 5 tips to get more out of your gym workout: Part 2

5 tips to get more out of your gym workout: Part 1